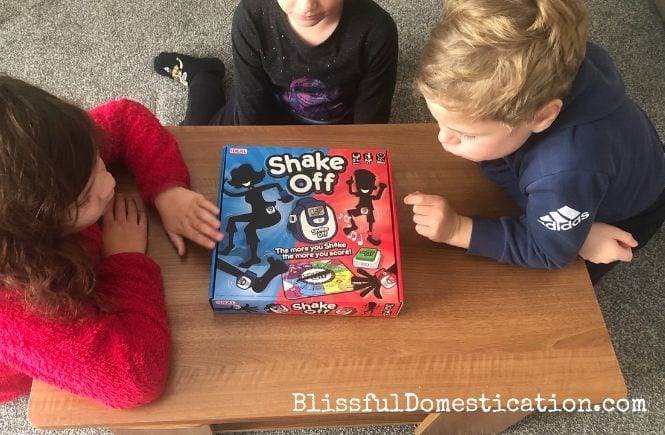 *Ad/Gifted. We were gifted this item for the purpose of this review but all words and opinions are my own. Contains affliate links.

Shake Off, by John Adams, is a simple fun and energetic game for the whole family. Teams battle it out by shaking their stuff in a hilarious game that is suitable for both children and adults a like.

You need a minimum of 2 players, but really there’s no limit. The players need to split into two teams, the red and the blue team.

The concept is simple enough even for young children to understand, and is suitable for children as young as four right up to adults.

In the box you get:

How You PLay Shake Off

Each team takes a shake-o-meter, and the teams take it in turn to spin the spinner. This then tells you where you need to wear your shake-o-meter and how you have to shake it.

So, it could be on your wrist or ankle, or on the front or back of your waistband. Depending on where the spinner lands you have to shake by either running (can be on the spot), jumping or freestyling. There is also a ‘target’ icon on the spinner. If you land on that you need to spin again to determine what your target number of shakes is.

A member of each time attaches their shake-o-meters to the correct place and the timer is started, and the shake off begins! The timer can be set to either 15 or 30 seconds depending on your preference. At the end of the time the team with the highest ‘shakes’, or closest to the target (if playing a target round) recorded on their shake-o-meter win the round. The scores are recorded, and the first team to reach 5 wins the game.

It’s a really simple concept, and the kids got the hang of it really quickly. It also sparks much hiliarity, especially the freestyle rounds. The kids came up with some pretty interesting moves!

What We Thought OF Shake Off

It really is a game that everyone can enjoy across generations. Children and the adults playing (and even spectating) can enjoy it in equal measure which I really liked. There aren’t many games that can genuinely appeal to the whole family. It’s also a game that the kids can play with their friends independently of adult involvement.

We took the game away with us to our static caravan in Norfolk. In hindsight not the best location due to space, and the kids did sound like they were going to go through the floor when they were jumping up and down! But we made it work.

The kids loved sparring against each other for points, especially when they were against Daddy! The target rounds were quite difficult, and there were of course some accusations of cheating.

Just a couple of pointers: make sure the shake-o-meters are securely fastened to the sweat bands when using on your wrist and ankles (we had a few flying shake-o-meters during the game!), and make sure each team has plenty of room to shake their stuff.

This game is set to be a family favourite in our house, and has already been requested to join us at Nana and Grandad’s house at Christmas, the perfect way to Shake Off our Christmas dinner!

Pin Shake Off for Later!

So what do you think of the game? Is it something you think your family would enjoy? I’d love to hear your thoughts.

Shake Off is available from all good retailers.

P.S Excuse the quality of some of the photos, taking pictures that are in focus of excititable kids Shaking Off is not an easy task! 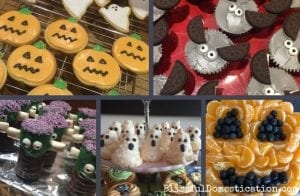 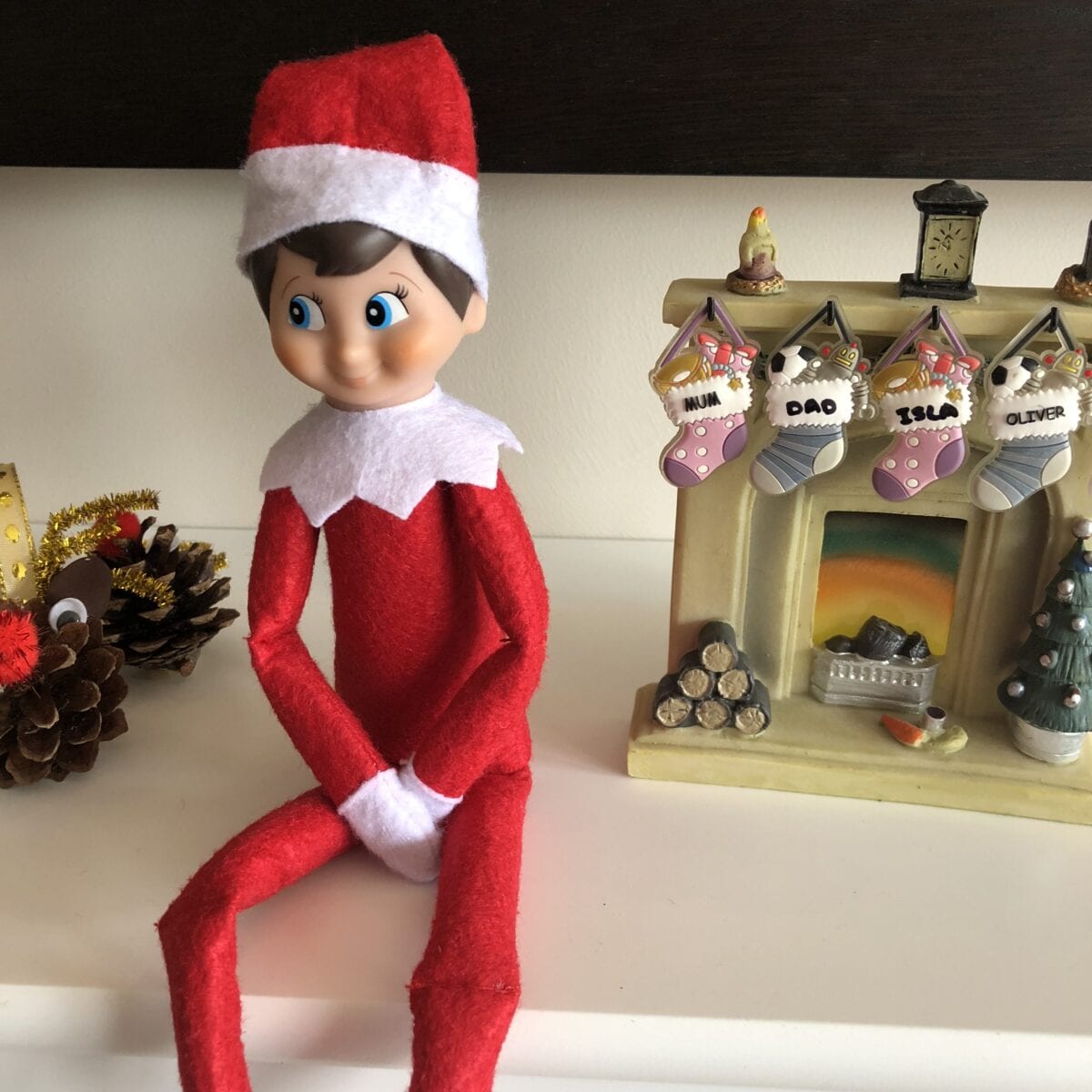 20 Elf on the Shelf Ideas 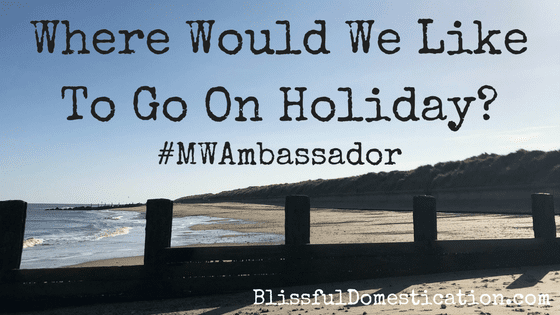