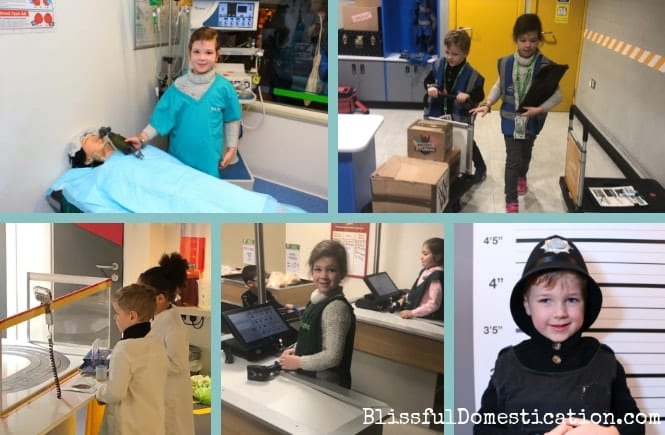 Have you heard or even been to KidZania before? KidZania is a unique attraction of an indoor city run by kids. There are several Kidzania locations across the world, and we were lucky enough to be invited to Kidzania in London to check it out.

I had seen KidZania advertised on social media before our visit, and loved the idea and the concept. An indoor city and a safe space aimed at children aged 4-14, where they can explore and try out real life activities and professions. Sounded great for the imagination and we were all looking foward to a fun day ahead.

Kidzania in London is located in Westfield Shopping Centre in Shepherd’s Bush. We decided to drive there, and found it was really easy to park in the shopping centre’s multi-storey carpark and just get the lift up to the attraction.

Tickets for the attraction are designed like boarding passes, and when you arrive to ‘check in’ you find yourself in a very authentic looking British Airways airport check in area, even the queues were realistic (lol!). It was half term, and we expected it to be busy, but joking aside, the queue actually moved pretty swiftly and before long we were checking in to KidZania.

On check in the kids received their security bracelets, and 50 KidZos each, the currency of KidZania. You get a 4 hour slot from activation of the bracelets to enjoy the activities in the city. Children can go and try out professions and earn more KidZos or spend their KidZos on fun activities or even go to university!

Each activity last between 5-50 minutes, and outside each one there is an information board which tells you what the activity is, how many children at a time can participate, how long it takes, and most importantly (as far as my two were concerned) how many KidZos they can earn or need to spend in order to take part.

During busy periods like school holidays, you can expect them to be able to participate in 4-6 activities depending on what they choose. There is everything from a Doctor to Dancer, Pilot to Police Officer and Musician to Journalist. For a full list of all the available activities for kids inside Kidzania click here.

Once inside the city we headed straight to Alderhay Hospital for Isla to try out being a surgeon, and Daddy and Oliver went to the Police station for Oliver to try out as a bobby on the beat.

Most of the activities are for children only, and no adults are permitted to enter the rooms. However, they either have open frontage, or have glass walls so you can see exactly what your kids are up to at all times. There are plenty of places to be able to grab some snacks or a cuppa whilst you’re waiting. There are some activities that allow adult participation like the Aviation academy where the adults can be passengers, or the TV studio where you can be in the audience, but most are kids only!

If you have older children (above 8) you can even let them explore the city on their own, and take refuge in one of the adult only areas, or even drop them off and go shopping.

After successfully earning their first lot of KidZos, we went up stairs and the kids wanted to be Police Detectives (I think the fact that there was no queue has something to do with it). In this activity they were given a briefing, then they had to go to the bank vault and pick up clues to help solve the crime.

Oliver wanted to have a go on everything, but unfortunately at only 5 years old he didn’t like the waiting as much. He really wanted to try being a Firefighter (where they get to ride on a little electric fire engine and help put out a fire in the Flamingo hotel) and a Pilot, but both these activities were extremely popular and not surprisingly had very large queues. In hind sight we probably should have done these when we first arrived.

So for Oliver we choose things that had shorter queues but that we knew he would still enjoy. He tried his hand at being an Air Conditioning engineer, which he loved (crawling around tunnels in a hard hat and high viz), and went to work at the Shell garage forecourt and energy lab.

Isla on the other hand wanted to try out working in the K-mart Supermarket. There was quite a queue, but she waited patiently for her turn and made an awesome check out girl with a real barcode scanner and touch screen check out desk.

Isla also wanted to be a TV presenter, but this was a half hour activity and again a popular one and we just didn’t have enough time.

The kids were also desperate to open up their own bank account to deposit their KidZos in (they need 75 KidZos to open a bank account and get a debit card). So we decided to go for a few activities that were a bit quicker and had shorter queues to get them some more money.

Next was being couriers delivering very important parcels around KidZania, and then onto the bank vault to deliver change to the various stores and bank. These two actvities were great as they could do them together, and next to no queuing time at all.

We also took part in the two actvities just for half term which earnt them 10 KidZos each (and gave them plenty to open up their bank accounts). There were designing their own healthy snacks with Maverick snacks in the main square, and making a bird feeder in the Loft with the RSPB.

We then headed to the Kidzania bank, where the kids deposited their hard earned KidZos in to a bank account and received their well earned debit card. After grabbing a quick snack it was time for us to leave. We purchased a couple of the oficial photos and after passing through the exit you can browse the department store to see what you can spend your KidZos on. My two decided they were going to save theirs for the next time we visit, as they get to earn interest on them until we return.

All in all we had a fabulous time. For the kids (and us) it was the highlight of the half term. The kids couldn’t wait to go back to school and tell all their friends about it.

The whole idea and concept of KidZania is brilliant. They get to try out different fun activities and professions, all whilst learning about earning, spending and saving money.

There really is so much to do, and I definetly think we will be making multiple visits now that we have discovered it.

Have you been to KidZania before? Is it something you think your children would enjoy? I’d love to hear what you think in the comments.

To book tickets and for more information, go to the Kidzania London website. 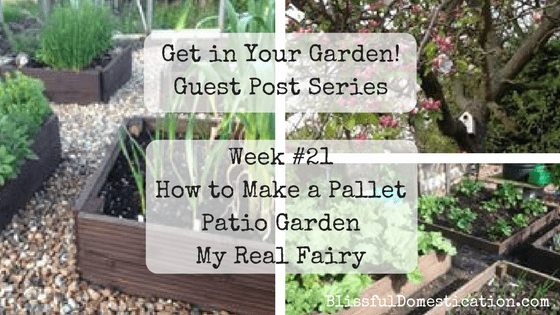 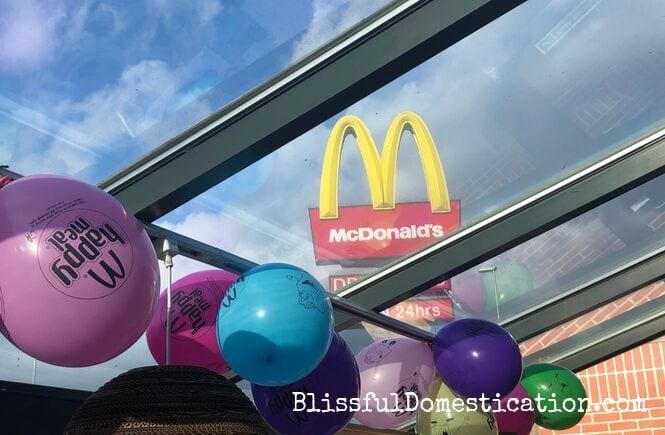 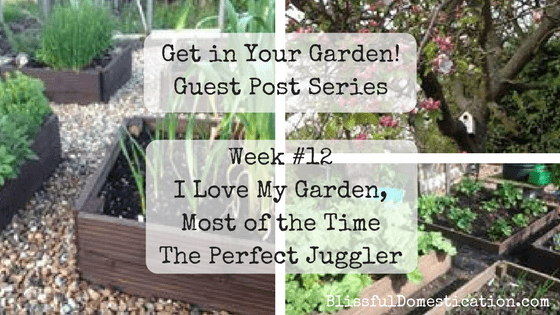